Sophie + Dustin had quite a road to getting hitched.

Earlier this year, these two wonderful humans were headed to the USA and Canada for a holiday in May/June - and had planned to have a sneaky stop over in Vegas town for a secret elopement... but unfortunately, as we all know - their plans (along with everyone else's) were disrupted due to Covid-19.

Soldiering on, they opted to organise an elopement in New Zealand - but as the restrictions on international travel tightened as a second covid wave hit, they were forced to change their plans yet again - opting for a mid week getaway in regional Victoria with their closest family members in attendance.

I feel so fortunate to be able to have captured Sophie + Dustin's secret elopement in Bright - one which we didn't even know would be happening 110% until just a few days prior (with travel restrictions and permits needed). It's no Vegas, but we (as Victorians) are pretty blessed to have some incredible places right in our backyard.

Working alongside Mickala (Pure Mac Photography) was an absolute highlight for me - one of the loveliest of humans and a perfect photographer to work alongside capturing all those natural candid moments.

We kicked things off with preparations for both Sophie + Dustin - who were residing in a cute air bnb in the heart of Bright, Victoria (which they would later return to for an intimate family dinner and to continue the celebrations later that night).

After hair and makeup were finished on time (thanks Bright Makeup by Priscilla) - Sophie slipped into her exquisite gown as Dustin headed off to the ceremony location.

Their ceremony was held alongside the picturesque river in town - officiated by the lovely Serena Mcguffie as Sophie + Dustin exchanged their personal vows - all beautifully styled by Bang Event Co (with florals by Hydi Flowers).

After a leisurely late lunch and a few bevvies at Bright Brewery, we headed off for some portraits - escaping the rain in all the right places before making our way to the top of Mount Buffalo - feeling on top of the world.

Thanks for having me Sophie + Dustin. 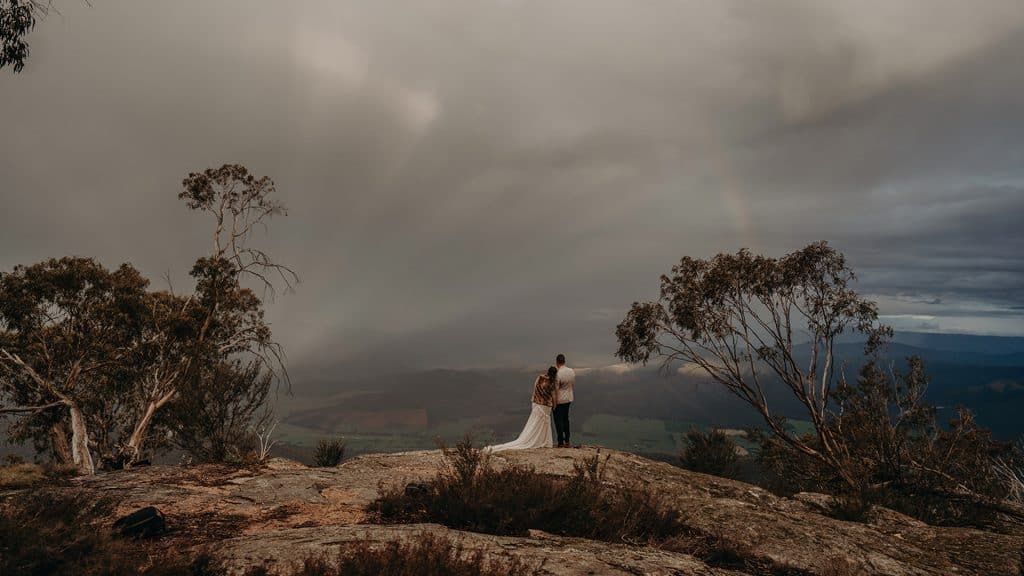 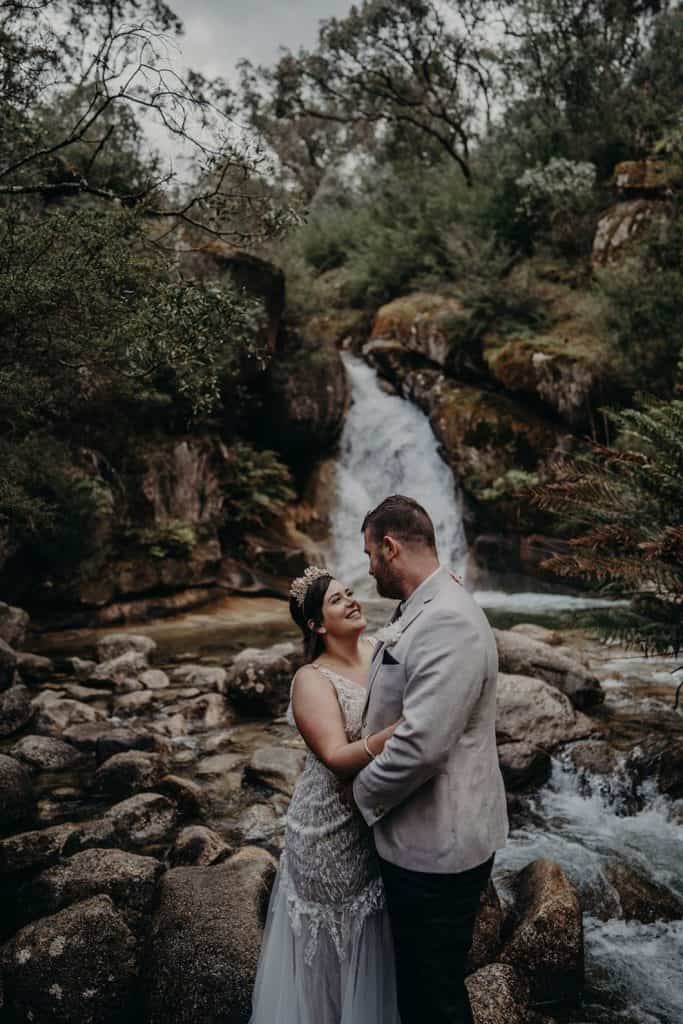 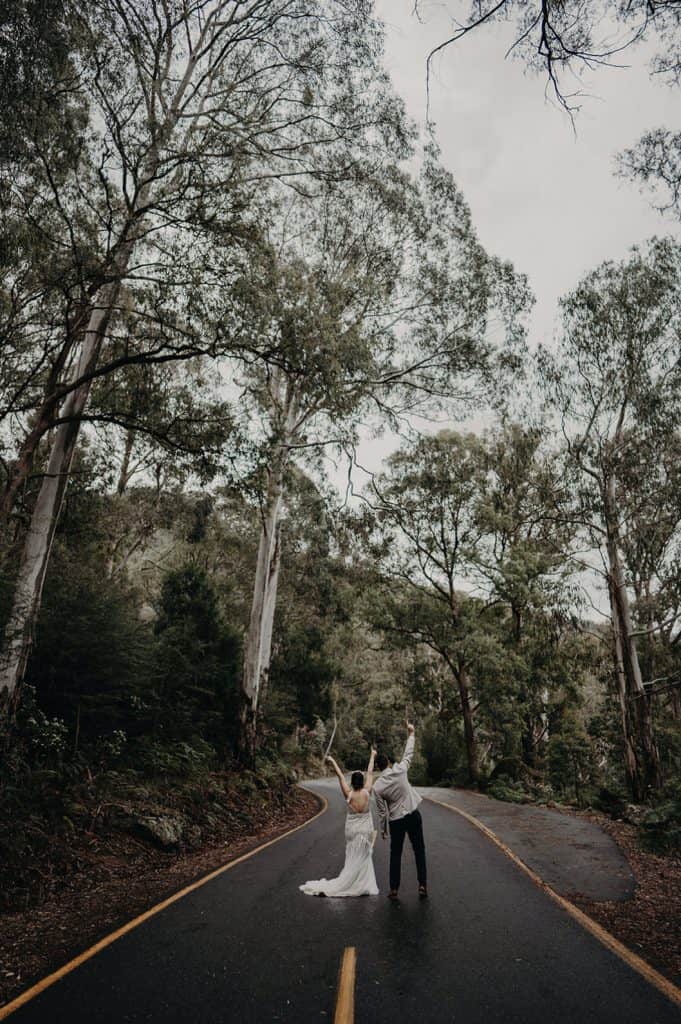 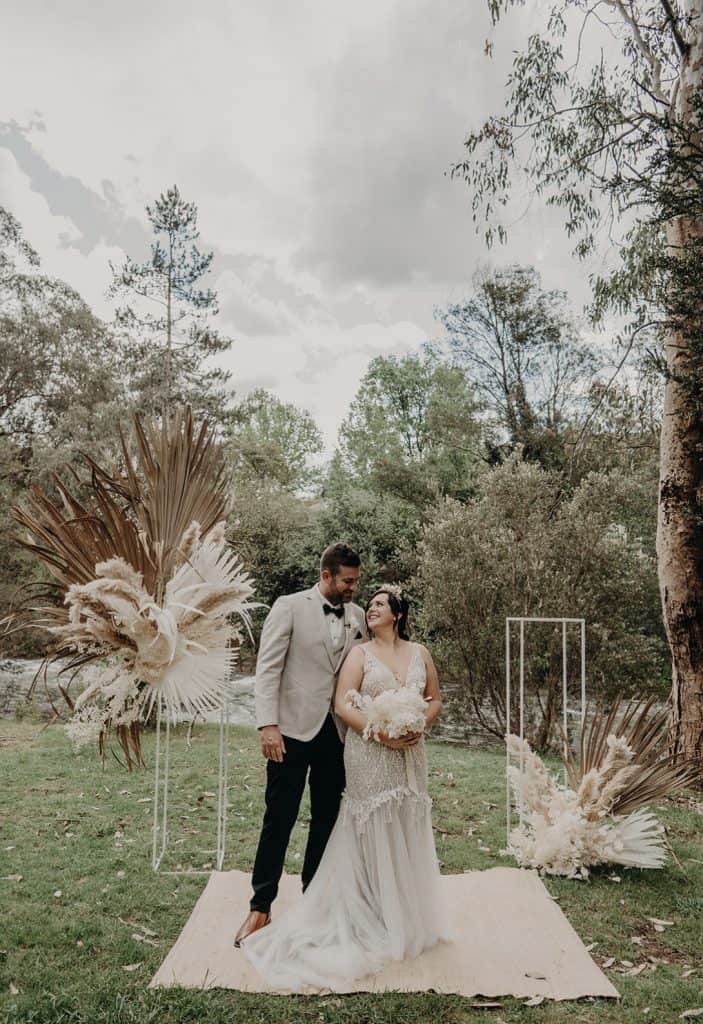 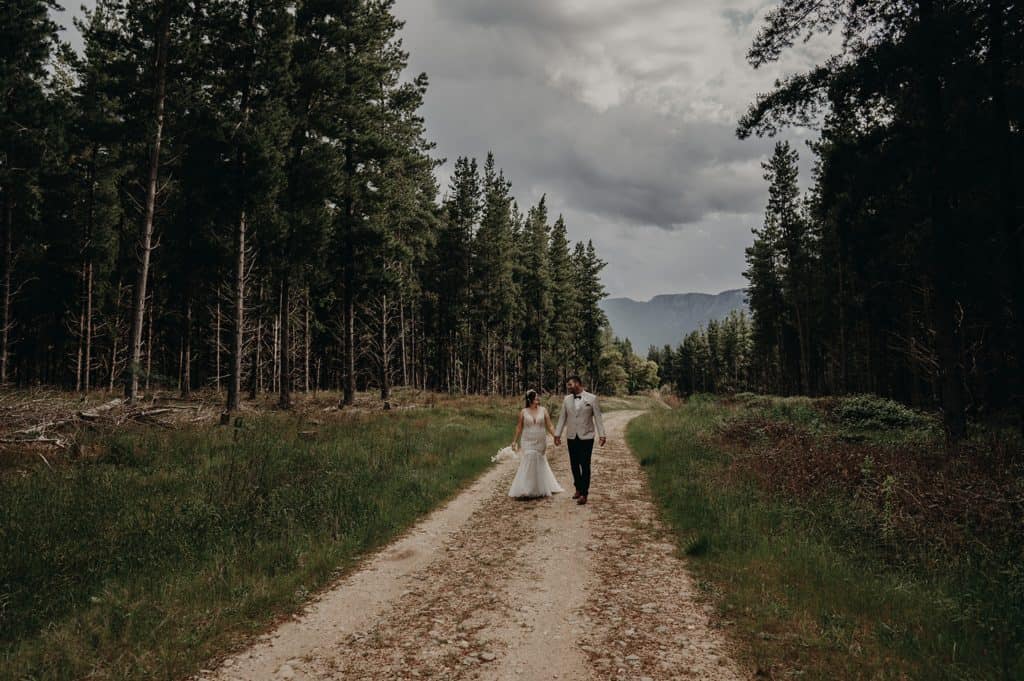